D is a person who understands the need to improvise. He’s travelled to more countries than I can count, and when Husband says, “oh yeah, I talked to D today, he’s going to Mexico” I am never surprised. He’s climbed over craggy cliff-faces, biked around hairpin turns, and generally adventured his way halfway around the world. Which is why I had to laugh when I saw his cake recipe was a modification of a box recipe for Devil’s Food Cake. I have no doubt it was good, but because I had a rather old brownie mix in the cupboard, I used that instead.

I first met D when he came over for a game night about a month into my relationship with Husband. I’d heard a lot about him; he’d grown up with Husband, they’d been on so many adventures together, so I was pretty anxious to like him. He turned out to be a pretty avid board game player who was quite excellent, and a bit of a teaser. I could see how Husband and D had influenced each other’s personalities, and how at ease they were together. A lot of folks aren’t lucky enough to keep friends for a long time due to outside circumstances, but the ability to maintain good friends for years and years was one of the things that cemented my decision that Husband was a great guy.

As for my brownie-mix pursuits… let’s not even go there. Basically, I made brownies, added mint flavoring, cooked them barely to done (they taste like fudge), and put a chocolate chunk in the middle of each one while it was still warm. Was this truly in the spirit of the recipe? I don’t know – but telling the story of it would probably make D laugh.

(I promise I’ll have more recipe-oriented and food-oriented posts soon!) 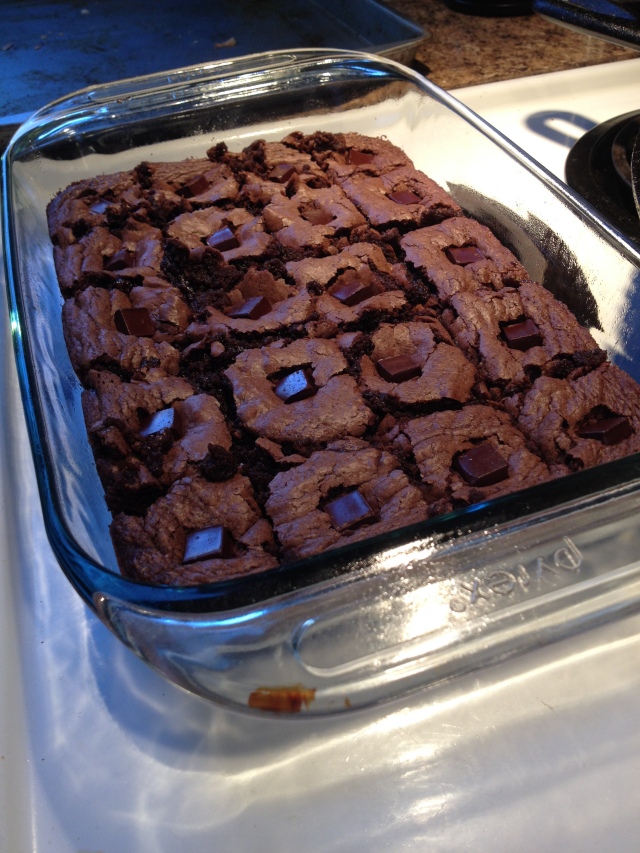