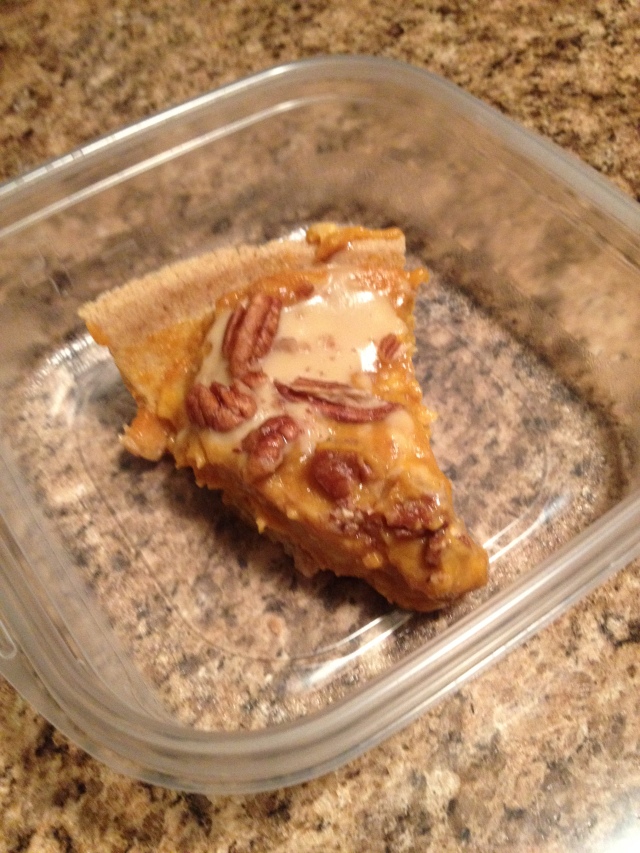 I write this from my kitchen table on yet another afternoon – it is finally actually warm outside – 70 degrees! – and my friend A, of lentil soup fame, is visiting my home. I’ve been excited to have her for quite a while, and now she’s seen where I live, and like with all visiting friends from past times, I feel a bit nostalgic for the lives we have had in the past, the ones that had us living closer to each other.

This weekend, we returned to some recipes: I made a nice light cucumber/tomato/quinoa salad and we put together some of that delicious taco soup, the leftovers of which I’m scarfing in between typing words. This morning, we made bacon and she came downstairs to eat it and enjoy the morning with us. Food has been a major part of the whole visit, from a visit to our favorite local restaurant upon her arrival, to us dallying in the grocery store yesterday making sure to get food that fits her needs with regards to allergies and intolerances.

In college, I really didn’t care about food; even that far back, A has paid more attention to food than I have. She had to, because so many foods made her feel bad; now that I’m getting into the topic, I realize how much she already knew – she has worked on farms, and she has read labels on food, and just generally been paying attention to the world in ways I never have before. It took marriage, and specifically wanting to be an active part of choosing household nutrition, before I really paid attention. I ate junk food, processed foods, occasional vegetables as a kind of penance – I rarely cooked, enjoyed eating out extensively, and didn’t regulate what I ate except based on hunger and what made me happy.

When I am thinking about those years, there are a few food memories, but many of them are from later, as I became more of a cook. Still, it is good to have A in town to make me thoughtful about things.

I am finally making headway on the delicious stack of dessert recipes I’ve been trying to attack lately for the blog. I wanted to make something that was milk-free, given that A was visiting, and I had ingredients to make a pie that had been recommended to me by Great-Aunt B and Great-Uncle W. I decided I’d make a substitution – 1 cup of watered yogurt instead of 1 cup milk – since A can have yogurt and the pie would work well for her otherwise.

The main gist of the pie is this: pumpkin mixed with vanilla pudding. This is a brilliant idea, because vanilla pudding is a perfectly adequate treat for dessert, and pumpkin is a vegetable that actually makes the pudding taste better. With spices mixed in, all I had to do was put some caramel from J and T and pecans in the bottom of the graham cracker crust, and more caramel and more pecans on top of the fluffy pumpkin mix. Then an hour in the fridge, and you will have a delicious, soft, veggie-full pie that still is substantially sweet.

My kind and lovely great aunt and uncle gave me this recipe even though they weren’t able to travel to the wedding, and it makes me wistful for eating pie at their house in the South, telling stories late into the night the few times we got to visit them as children. It seems fitting to have a visitor now to share stories with.