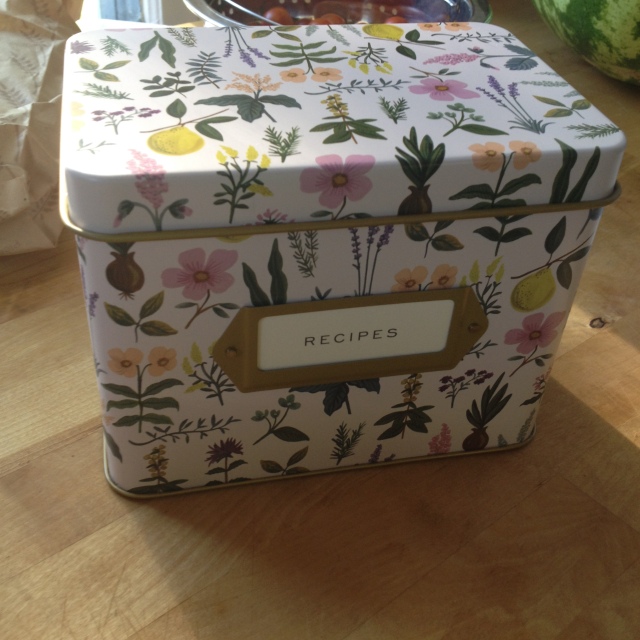 One of the recipes I received last year I have yet to try. It’s time intensive, has a lot of ingredients, and requires constant vigilance in its creation. Thus, I had put it off until I realized that I really had to try it, but I had been asked, a long long time ago, not to put it on the blog. I was told that even though it was no secret within the family, it was special, a special part of the family.

I was honored, because I was receiving a recipe that was only for the close family members, and I was excited because it meant I was part of this close family, the people that Husband’s relatives trusted the most. Though I knew it would be hard, and Husband would inevitably think my version didn’t measure up, I tackled it this week. I cannot tell you what the food was, or what the recipe entailed, but suffice it to say that 1. it took a long time. 2. it was a blast keeping everything together and 3. my version was good,  but not as good as another family member’s.

I write not to tantalize you about a recipe I’m never going to share, but to advocate that you develop your own. Sure, you might originally have found your apple pie recipe on pinterest, but with your own flare, and a missing ingredient you had to substitute, and time and experience and memories of apple pie, it might become yours. Keeping that apple pie recipe secret, even if you actually share it with millions of other people via the internet, is one way to make it special, make it part of your family’s traditions. By doing that, joining a tradition, you make new additions to your family – kids, in-laws – feel like they’ve really “made it” when you pass on the well-worn card to them and they get to hang it proudly on the refrigerator. I love sharing recipes and stories that my friends and family give me, but once in a while, it’s nice to have a little secret. 🙂