Yesterday, we were all out of breakfast foods after the long road trip, and I had a hankering for something sweet and nutritious, so I broke out my small stack of remaining gifted recipes, and found this one, which was actually in a birthday card from my Mom, C. 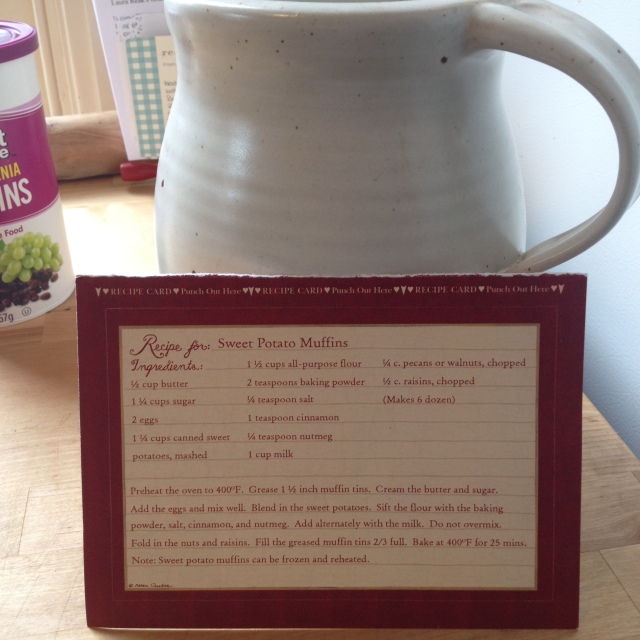 I have no muffin tins, so I just made the recipe as a big cake and cut it into pieces. I substituted some of the milk and sugar for more sweet potato (the can I had was very large) and it turned out moist, dense, and sweet. I liked having big chunks of pecan and raisin to break up the bread a bit too. This will go down in history as one of my favorite breakfast foods, and it really isn’t that bad for you either. I saved some of it just in case we have more folks at the potluck tonight than planned, and I still have plenty for a week of breakfasts.

Best of all: it took maybe 15 minutes to put together, not even using the stand mixer! It is usually unthinkable for me to cook something before 8am, but this seemed reasonable and by the time my sleepyhead mom woke up, I had the thing cooking in the oven. It doesn’t take forever though I did have to give in an extra 5 minutes there at the end, and it browns a little on top which helps you decide it is indeed done.

I enjoyed putting a little cream cheese on top, and my mom tried butter on top, both of which were great additions. It doesn’t have streusel or anything but it does seem like a variety of “coffee cake” especially since I didn’t do it in a muffin tin. Overall, a rave review and a creation I intend to return to for potluck brunch or other occasions that warrant sweet breads. 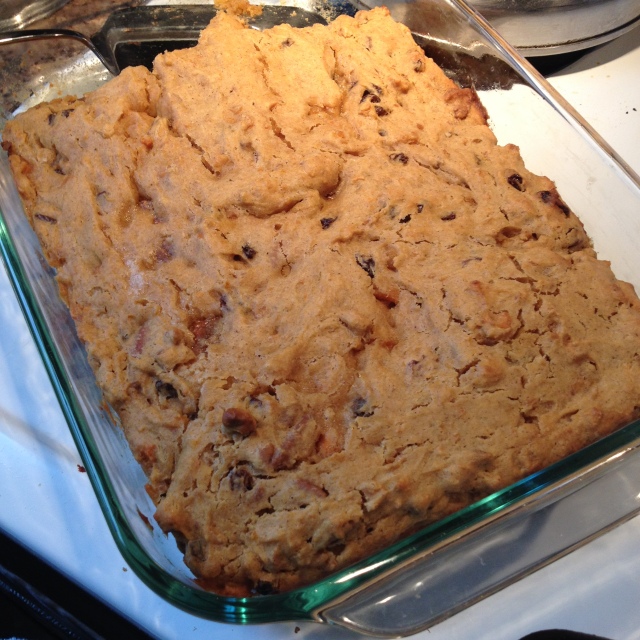